The Quiet People by Paul Cleave 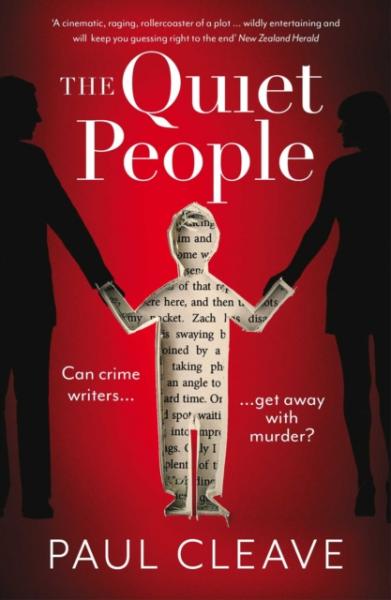 "A cinematic, raging, rollercoaster of a plot with a wry humour … The Quiet People is wildly entertaining and will keep you guessing right to the end." —New Zealand Herald

"A superb novel from a champion storyteller." —Crime Watch

"Cleave writes the kind of dark, intense thrillers that I never want to end. Do yourself a favour and check him out." —Simon Kernick

Cameron and Lisa Murdoch are successful crime writers. They have been on the promotional circuit, joking that no one knows how to get away with crime like they do. After all, they write about it for a living.

So when their seven-year-old son Zach goes missing, the police and the public naturally wonder if they have finally decided to prove what they have been saying all this time…

Are they trying to show how they can commit the perfect crime?

"Relentlessly gripping, deliciously twisted and shot through with a vein of humour that’s as dark as hell." —Mark Billingham

"A riveting and all too realistic thriller." —Tess Gerritsen

"A gripping thriller …I couldn’t put it down’ Meg Gardiner

"This very clever novel did my head in time and again." —Michael Robotham

"This thriller is one to remember." —New York Journal of Books

"On almost every page, this outstanding psychological thriller forces the reader to reconsider what is real." —Publishers Weekly, STARRED REVIEW

Paul Cleave is an award-winning author who often divides his time between his home city of Christchurch, New Zealand, where his novels are set, and Europe, where none of his novels are set. His books have been translated into twenty languages. He’s won the Ngaio Marsh Award three times, the Saint-Maur book festival’s crime novel of the year award, and has been shortlisted for the Edgar and the Barry and the Ned Kelly. He’s thrown his Frisbee in over forty countries, plays tennis badly, golfs even worse, and has two cats—which is often two too many. Whatever it Takes, his eleventh novel and his first set outside of New Zealand, was released in July 2019.

Praise for Paul Cleave:
“On almost every page, this outstanding psychological thriller forces the reader to reconsider what is real.” — Publishers Weekly starred review of Trust No One
“Breaking Bad reworked by the Coen Brothers.” — Kirkus Reviews starred review of Five Minutes Alone
"Uses words like lethal weapons." —New York Times
"A riveting and all too realistic thriller. Cleave is a writer to watch." —Tess Gerritsen, author, The Sinner
"Cleave writes like the fine-tuned punches of a middleweight boxer—with short sharp jabs to the solar plexus that make you gasp. The Kiwi crime writer scores another knock-out punch with his latest novel . . . The pace and the carnage accelerate toward a climax lasting for several pages and leaving you breathless." —Courier Mail - Brisbane "A gripping thriller. Trust No One draws us into a world where truth blends with delusion. This story of a writer losing his memory and bearings pulls us into a maze where fiction blurs into murder. I couldn’t put it down.”— Meg Gardiner, Edgar award winning author, China Lake "Cleave’s whirligig plot mesmerises." —People Magazine

"Cleave, a master of dark and compelling thrillers, puts a moral spin on this twisting, chilling tale with its disturbing finale." —Booklist on A Killer Harvest

"This powerhouse novel plays with the subtexts at the core of the mystery genre." —Booklist on Trust No One

A vivid, jangled exploration of mental illness, dark imagination, and the nowhere territory in between . . . Cleave spins one nightmare scenario after another out of Jerry's homely malady, leaping with such fiendish élan between past and present tense and first-person, second-person, and third-person narration that you may wonder if you've killed someone yourself." —Kirkus Reviews on Trust No One

"[A] powerhouse of a tale... A gripping thriller from beginning to end." —Booklist starred review on Five Minutes Alone

"Cleave pulls out all the stops in his seventh Christchurch noir . . . [He] juggles all the elements with impressive ease. Darkly humorous references to horrific violence will resonate with Dexter fans." —Publishers Weekly starred review on Joe Victim
"Tense, thrilling, touching. Paul Cleave is very good indeed." —John Connolly, author, The Unquiet
"Compelling, dark, and perfectly paced, New Zealand writer Cleave’s psychological thriller explores the evil lurking in us all, working relentless magic until the very last page." —Booklist
"Most people come back from New Zealand talking about the the breathtaking scenery and the amazing experiences. I came back raving about Paul Cleave. These are stories that you won’t forget in a while: relentlessly gripping, deliciously twisted and shot through with a vein of humour that’s as dark as hell. Cleave creates fictional monsters as chilling and as charming as any I’ve ever come across. Anyone who likes their crime fiction on the black and bloody side should move Paul Cleave straight to the top of their must-read list." —Mark Billingham, author, Lazybones 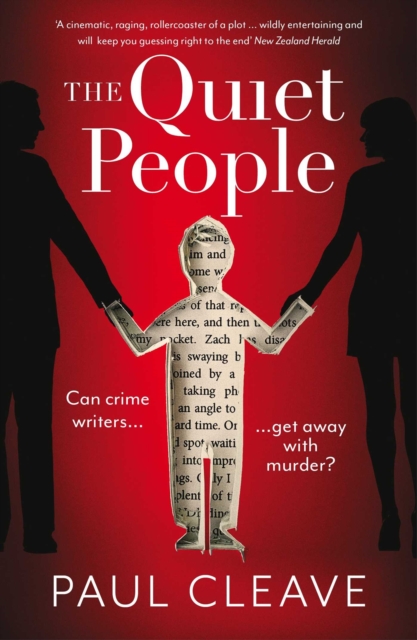