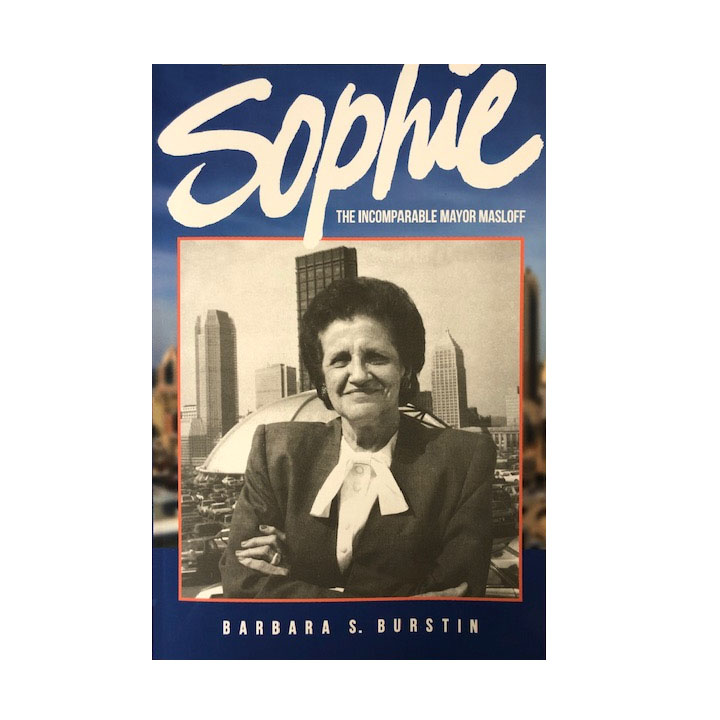 !POSTPONED UNTIL FURTHER NOTICE!
Sophie, a presentation with Barbara Burstin

Mystery Lovers Bookshop is excited to announce that Barbara Burstin will join us on Sunday, March 15th at 11:00am, to discuss her book 'Sophie: The Incomparable Mayor Masloff'.  Ms. Burstin will be discussing her book, a biography of Pittsburgh's beloved mayor, Sohpie Masloff.  A Q&A will follow the presentation and books will be available for purchase.

About the book...Its fairly certain that Sophie Masloff never studied the writings of our founding fathers. She was a poor girl, not able to go to college, not steeped in the niceties of the American tradition, but despite this, Sophie in a very real sense, lived up to our founding fathers standards. She might not have been the incarnation of the person they envisioned as a leader. After all, she was a woman, a Jew, not independently wealthy or with any pedigree or celebrated status, but by her values and by her deeds she would have ultimately won their respect. For Sophie was all about the people, all about using her office to help others, to respond to their needs, to make things better. Whatever governmental or non-governmental position she held, she was there to serve her constituents, never herself. It was said by those who knew her that Sophie had three great lovesher family, the Democratic Party and the city of Pittsburgh. Sophie was beloved in Pittsburgh because she represented everything that makes the city great. She was fun-loving and hard-working, tough as they come, and loyal to her neighbors in one of the darkest times for American cities.   -Bill Clinton Guided by her unwavering commitment to public service, Mayor Masloff helped break down barriers and build a brighter future for the city of Pittsburgh. Her story speaks to the promise of our Nation, and her unique voice inspired and captured the hearts of those in her community. -Barack Obama

Please click here to register in advance to attend this event.

"Barbara Burstin is a respected Holocaust and Jewish studies scholar whose works include “After the Holocaust: The Migration of Polish Jews and Christians to Pittsburgh” published in 1989. She has written three books on the history of the Pittsburgh Jewish community. They are Steel City Jews 1840-1915, Steel City Jews in Prosperity, Depression and War, 1915- 1950, and Jewish Pittsburgh, part of the Images of America series. She produced a documentary film “A Jewish Legacy: Pittsburgh,” that she wrote and produced in 2001. At the current time she is working on a film entitled “The Jewish Hill” and is writing a biography of Sophie Masloff, the first female mayor of Pittsburgh from 1988 through 1993. She has been a popular speaker in the community and has offered a number of classes in the CMU and Pitt Osher program. She has been chair of the Pittsburgh Jewish Federation, the Hillel-JUC, the Holocaust Commission and the local chapter of the American Jewish Committee. She served on the City of Pittsburgh Human Relations Commission and has won numerous awards for her community service. She has taught The Holocaust in Historical Perspective at CMU and The History of Pittsburgh, Blacks and Jews, and Pride and Prejudice in American History at the University of Pittsburgh. Currently she is teaching at Pitt- The U.S. and the Holocaust and the American Jewish Experience."