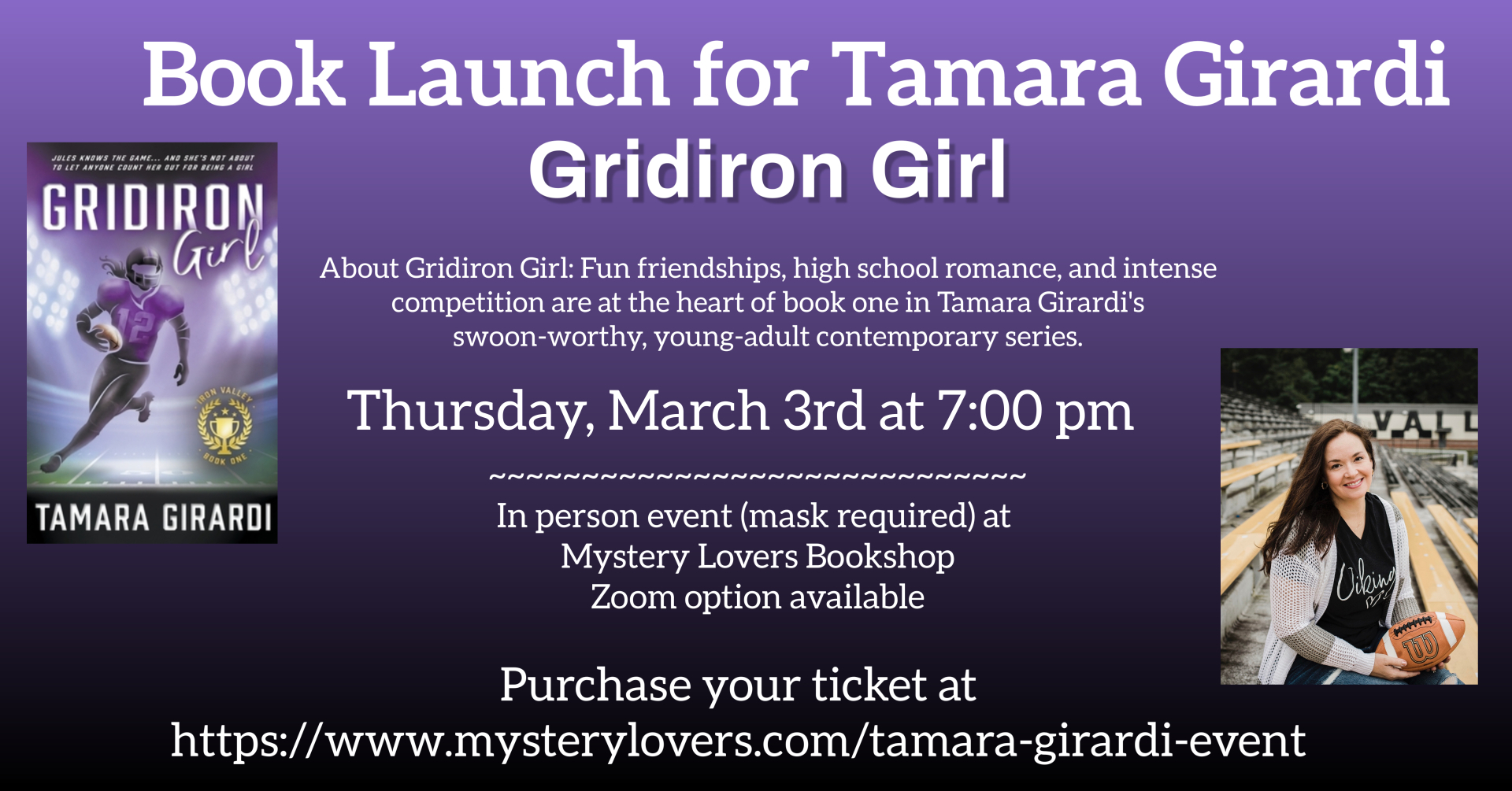 Join us as we celebrate the release of Gridiron Girl
by Tamara Girardi.

In-person* and on zoom!

Fun friendships, high school romance, and intense competition are at the heart of book one in Tamara Girardi's swoon-worthy, young-adult contemporary series.

Julia Medina, dubbed Jules by her closest friends, wants to be the new, starting quarterback of Iron Valley High School's football team, and no one is going to stand in her way. That is-until her boyfriend, Owen Malone, steps up to the challenge. Wanting to maintain her relationship with her boyfriend, Jules is torn. But while Owen is in her heart, football is in her blood.

Once the idea takes root to quit her championship volleyball team and join the leagues of Iron Valley's toughest teenage boys, there's no stopping Jules from pursuing her dream. In her mind, expectations that the position will go to a male player have gone on long enough, and, even as her decision creates controversy among the booster parents, school coaches, family members, and team members themselves, Jules holds strong in her beliefs.

Which is good-because when parents hear that Jules plans to participate in overnight pre-season camp with a staff of male coaches and eighty high school boys, her tryout is threatened more than ever before. Yet, nobody can deny Jules' skills. As the youngest sister of three former high school quarterbacks, Jules knows the game. She knows what it takes to outsmart opponents, and she's not about to let anyone count her out for being a girl.

But as the competition intensifies, Jules must choose what she wants more-to embrace girl power and lead her team on the field, or be a girlfriend on the sidelines.

Gridiron Girl will inspire you to follow your vision, instead of those dictated by others. Perfect for fans of Better than Perfect by Simone Elkeles and On the Fence by Kasie West.

Your ticket includes admission to this exclusive event,
a paperback copy of Gridiron Girl ($14.95 retail price).

Sales tax, shipping, and handling is not included. Books may be pick-up at Mystery Lovers or shipped anywhere in the United States via Media Mail.

*Masks will be required for everyone that attends the event in person.