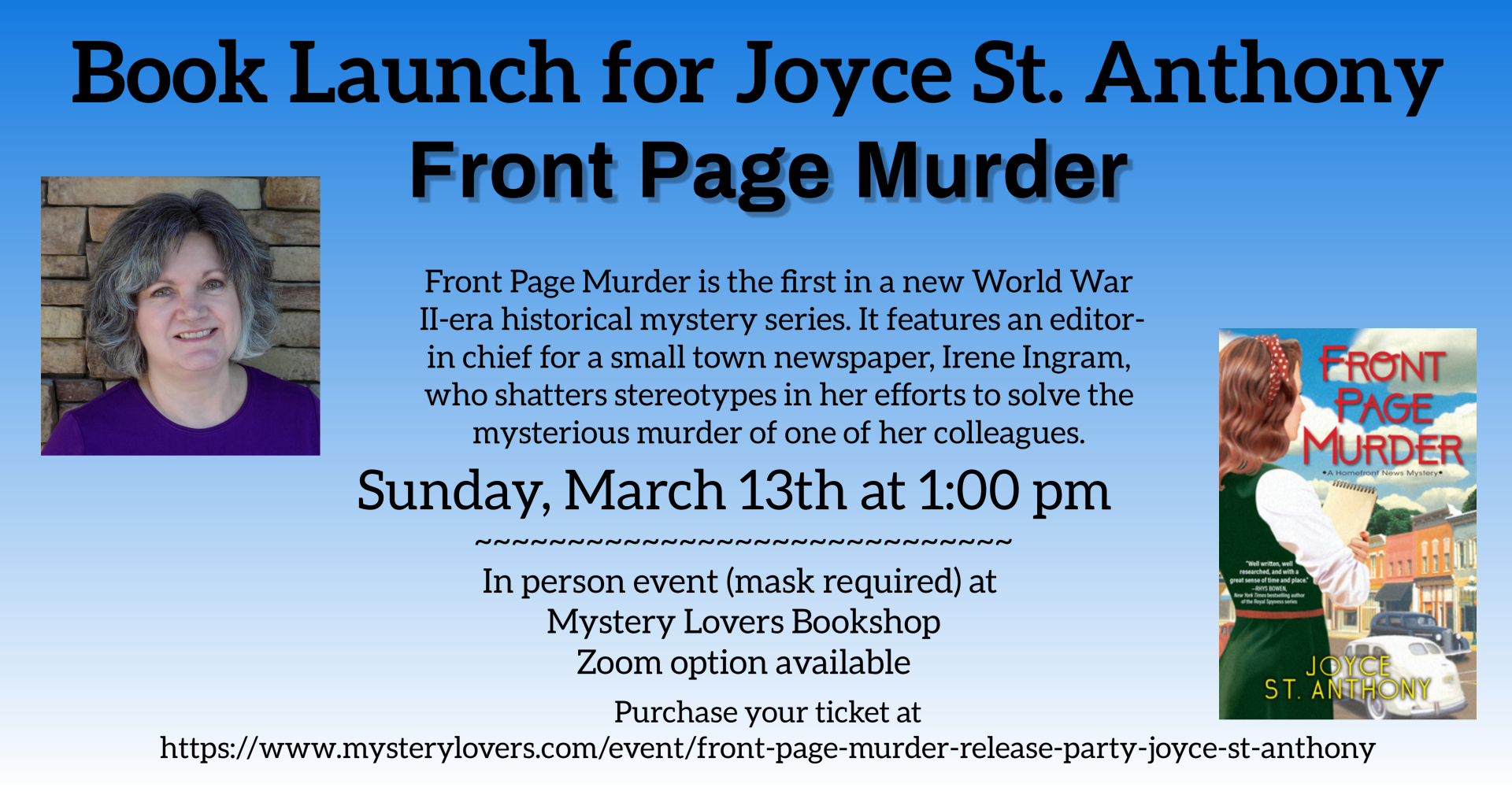 Join us as we celebrate the release of Front Page Murder
by Joyce St. Anthony.

In-person* and on zoom!

In this World War II-era historical mystery series debut by Joyce St. Anthony, small-town editor Irene Ingram has a nose for news and an eye for clues.

Irene Ingram has written for her father’s newspaper, the Progress Herald, ever since she could grasp a pencil. Now she’s editor in chief, which doesn’t sit well with the men in the newsroom. But proving her journalistic bona fides is the least of Irene’s worries when crime reporter Moe Bauer, on the heels of a hot tip, turns up dead at the foot of his cellar stairs.

An accident? That’s what Police Chief Walt Turner thinks, and Irene is inclined to agree until she finds the note Moe discreetly left on her desk. He was on to a big story, he wrote. The robbery she’d assigned him to cover at Markowicz Hardware turned out to be something far more devious. A Jewish store owner in a small, provincial town, Sam Markowicz received a terrifying message from a stranger. Moe suspected that Sam is being threatened not only for who he is…but for what he knows.

Tenacious Irene senses there’s more to the Markowicz story, which she is all but certain led to Moe’s murder. When she’s not filling up column inches with the usual small-town fare—locals in uniform, victory gardens, and scrap drives—she and her best friend, scrappy secretary Peggy Reardon, search for clues. If they can find the killer, it’ll be a scoop to stop the presses. But if they can’t, Irene and Peggy may face an all-too-literal deadline.

Sales tax, shipping, and handling is not included. Books may be pick-up at Mystery Lovers or shipped anywhere in the United States via Media Mail.

*Masks will be required for everyone that attends the event in person.