Veterinarian Jessie Cameron agrees to fill in for her mentor, Doc Lewis, at Riverview Racetrack so he can take a long-overdue vacation. When he’s tragically killed by one of his equine patients the night before he’s supposed to leave, Jessie quickly suspects the death is anything but accidental. Her search for the truth is thwarted by everyone from well-meaning friends to the police, including her soon-to-be-ex-husband. Undaunted, she discovers layers of illegal activities and deceit being perpetrated by the man she thought of as a father figure, creating a growing list of suspects with reason to want Doc dead. Too late, she realizes that her dogged quest for the truth has put her in the crosshairs of a devious killer desperate to silence her.

USA Today best-selling author Annette Dashofy has spent her entire life in rural Pennsylvania surrounded by cattle and horses. When she wasn’t roaming the family’s farm or playing in the barn, she could be found reading or writing. After high school, she spent five years as an EMT on the local ambulance service, dealing with everything from drunks passing out on the sidewalk to mangled bodies in car accidents. These days, she, her husband, and their spoiled cat, Kensi, live on property that was once part of her grandfather’s dairy.

​Death by Equine is her upcoming standalone, a traditional mystery set in the world of Thoroughbred racing.

Her short fiction, including a 2007 Derringer finalist which features the same characters as her novels, has appeared in Mysterical-e, Spinetingler, Fish Tales: the Guppy Anthology, and Lucky Charms: 12 Crime Tales. 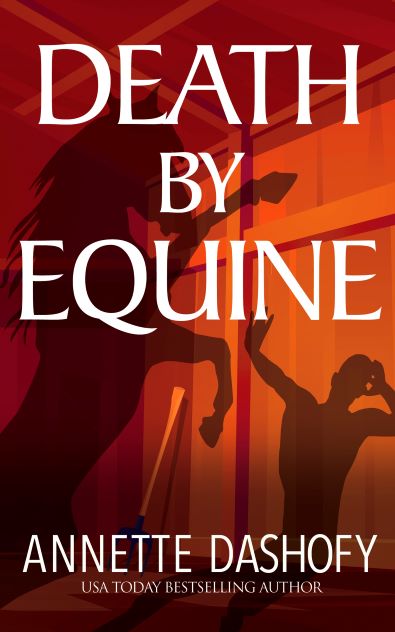